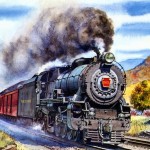 The Obama administration is asking Congress to grant “fast track” authority for a new round of trade agreements, including the Trans Pacific Partnership (TPP) and the Transatlantic Trade and Investment Partnership (TTIP). In response to this request, Chairman Baucus of the Senate Finance Committee and Chairman Camp of the House Ways and Means Committee have introduced the “Bipartisan Congressional Trade Priorities Act” (S. 1900; HR 3830) to reestablish fast track authority. We urge Congress to reject this legislation.

The provisions in S. 1900 and HR 3830 would empower the president to conclude trade deals before Congress has fully reviewed the pacts’ contents. They would exempt trade agreement implementing legislation from ordinary Congressional debate and amendment procedures, sharply limiting debate and disallowing floor amendments. In combination with the secretive nature of the trade negotiations themselves, ‘fast track’ would represent a dangerous weakening of Congress’ authority, greatly facilitating the passage of trade agreements that could limit Congressional ability to regulate Wall Street and protect the American public from the multi-trillion dollar costs of another financial crisis. We urge Congress to reject this ‘fast track’ legislation and maintain its full powers for careful oversight of trade agreements and their impact on financial regulation.