AFR Statement: On the Resignation of Richard Cordray from the CFPB 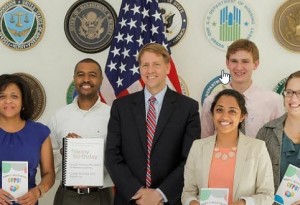 AFR Statement on the Resignation of Richard Cordray

“Following a Wall Street-induced financial crisis that cost millions of people their homes and jobs, the CFPB began its work as the first federal body with the mission and capacity to stand up for everyday Americans in their dealings with the financial services companies who have such an impact on our lives each and every day. Obtaining $12 billion in relief for over 29 million Americans is a great accompishment.”

“Director Cordray did exemplary work on behalf of the American public, often under extremely tough circumstances, ably advancing this vitally important mission. There is lots more work for the CFPB to do, and we will remain vigilant in demanding that it stick to the task. The next director of the CFPB needs a track record of standing up for consumers.”