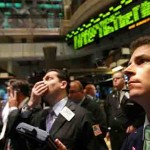 A Wall Street speculation tax, also known as a financial transaction tax or FTT, is a small tax on sales of stocks, bonds, and complex financial instruments. Similar taxes already exist in more than thirty countries, and France, Germany, Italy, Spain are among a group of 11 EU nations planning to adopt a coordinated FTT. In Washington. proposals for such a tax (including two bills introduced in the current Congress) have failed to gain much political traction despite high unemployment and growing dissatisfaction with austerity policies that have brought both real and threatened cuts to programs on which millions of ordinary Americans depend.

On June 10th, Americans for Financial Reform and the AFL-CIO, Center for Economic and Policy Research, Communications Workers of America, The Main Street Alliance, and Public Citizen invited four distinguished speakers to spell out the case for a Wall Street speculation tax, and to respond to opposing arguments. You can watch the webinar here.

Dean Baker began by pointing out that even a very small FTT would raise a great deal of revenue. A bill calling for a tax of just 30 cents on a $1000 transaction would generate roughly $350 billion over nine years, according to the nonpartisan Congressional Budget Office. That’s far more money, Baker added, than the Treasury would realize by adopting the “Buffett Rule” or closing the carried-interest loophole, to mention two more widely-discussed proposals.

A Wall Street speculation tax would also help curb reckless high-speed trading, Baker went on. “We all recognize that the financial sector can serve a productive purpose…but it has gone way beyond that,” he said. “It’s bloated. Reducing the volume of trading and reducing a lot of the very short-term trading will make markets more stable.” Baker added that more trading does not necessarily mean more productivity or better investment outcomes. “If we are trading less, the odds are our portfolio is going to do the same exact thing. On average we aren’t going to be making any less money if 45% of our portfolio flips every year instead of 50%.”

Damon Silvers framed his argument in fairness terms. “Securities are the only kinds of capital assets in our society that we do not pay transaction taxes on — and they are overwhelmingly held by the privileged people in society,” he said. “We are cutting back on money to put little kids in Head Start, threatening social security and Medicare. It is unethical not to consider a tax that would have double the fiscal impact of some of those measures.” Silvers challenged arguments that have been made against a speculation tax, including the claim that it would drive some U.S. financial activity overseas. Many Asian financial markets already have FTTs, Silvers pointed out, and much of the European Union is headed in that direction.

David Borris emphasized America’s need to break out of a “downward austerity spiral.” As a percentage of national output, he noted, federal tax revenues have fallen to their lowest level since World War Two, and the economy has suffered. Beyond its revenue-raising potential, an FTT could help push Wall Street back toward its proper role as a source of business credit and productive investment, Borris said. “Capital markets should facilitate investment, not serve as a form of high speed casino gambling, The FTT will help raise the cost of speculative activity while barely touching small businesses like mine.”

Contrary to the assertions of FTT opponents, traditional businesses would not be harmed, Borris said. “The impact on my employees and business will be negligible. Since the tax is collected by and paid for by the trading firms there will be no additional paperwork for my staff.”

Van Jones spoke of the urgent need for investment in infrastructure. “We literally have bridges falling down and roads crumbling…,” he said. With the revenue that an FTT would provide, “we could create literally not thousands but millions of jobs.” Jones exhorted Wall Street to “pay its fair share in order to get America back on its feet.”