Municipal Finance: Preventing Exploitation of Taxpayers and the Public 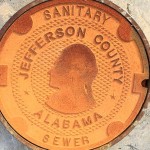 AFR teleconference on the path forward for municipal finance reform

Recent years have seen the revelation of massive financial exploitation of public entities and taxpayers by banks and derivatives dealers. Across the country, municipalities received bad and self-serving advice from Wall Street, and got stuck in terrible financial deals as a result. Their taxpayers and citizens paid a high price. They were also the victims of criminal fraud by Wall Street banks in the form of bid rigging and LIBOR rate manipulation.

To remedy this problem, the Dodd-Frank Act requires all those providing advice to municipalities to register as financial advisors, with a fiduciary duty to put the best interests of taxpayers first in the advice they give. Yet this basic reform is under threat. The Securities and Exchange Commission has yet to finalize the needed rules, and it faces heavy pressure from lobbyists to delay and water down this key piece of municipal protection. Pressure is also coming from Congress in the form of legislation (HR 797) that would gut the provision altogether.

Cities and towns across the country were explicitly targeted by predatory lenders.

Frank Partnoy:  “I worked at Morgan Stanley in the mid 1990’s, and the ‘munis’ were fish in a barrel for derivatives salespeople…” Well before the crisis of 2008, “selling complex products to municipalities was one of the most profitable parts of the financial services business.” While many lenders sold such instruments to municipalities simply in order to remain competitive, “….to some extent individual bankers find it entertaining to sell high-risk products to clients.”

Lisa Lindsley: In their pursuit of profit, lenders siphoned huge sums of money out of the pockets of municipalities and local taxpayers. “State, local, and county governments lost billions if not trillions of dollars from being sold inappropriate financial instruments…” The City of Philadelphia alone lost over $100 million.

Municipalities continue to suffer the aftershocks of the financial crisis.

Lisa Lindsley: Because of lingering budget shortfalls, “there are one million fewer municipal employees today than there should be.” This means fewer teachers, fewer garbage collectors, and fewer firefighters. Bad financial products are also to blame for the chronic underfunding of public pensions. Municipalities simply can’t afford to face these kinds of fiscal crises again.

The big banks want to be immunized from a fiduciary duty for any advice they give unless they are specifically hired in an advisor capacity. If, instead, they are hired as underwriters, swap dealers, or purveyors of traditional banking products, they would like to have no fiduciary duty for advice given during the transaction. But much of the bad advice that harmed municipalities in the past came from underwriters and swap dealers, rather than from independent advisors. In other words, HR 797 would permit the continuation of much of the exploitation that Congress sought to prevent in Dodd-Frank.

Nathan Howard: Passing this legislation would “set us back to a time before Dodd-Frank” and “fundamentally change the definition of financial advisor.” Under HR 797, advisors would have no fiduciary duty as long as they did not receive explicit compensation for their advice. This change would give underwriters “carte blanche to do what it is they want to do in terms of introducing themselves to the issuer as the issuers’ advisor.”  As a result, “regulators will have their hands tied.”

Without an effective fiduciary duty rule, municipalities will remain a target for predatory practices.

Frank Partnoy: Our economy relies upon regulators’ ability to establish rules which level the playing field, particularly when financial products are involved. The “information asymmetry” which exists between municipalities and potential lenders makes it so. “Simply allowing parties to contract on their own isn’t enough.”

Marcus Stanley: It is important to remember that when it comes to seeking financial products for municipalities, “the interests of politicians and taxpayers are often different.” The shorter-term priorities of elected officials necessitate the existence of clear and enforceable fiduciary duties.

The SEC should finalize its fiduciary rule, and Congress must not interfere.

Congress and the SEC need to stand firm in supporting the common-sense principle that all those providing financial advice to municipalities must put the best interests of taxpayers first. The SEC is already moving to address legitimate issues with the initial proposed rule, such as the inclusion of elected or appointed advisors. In any case, these relatively narrow questions do not call for the sweeping Wall Street exemptions of HR 797.

Nathan Howard: “The SEC has some smart individuals working for them who are well within their comfort zones to handle the issues related to the underwriting community.”  Already it is clear that their rule will include common sense provisions, such as making clear the distinction between offering information and offering advice. However, if delays continue, vulnerable municipalities “will be left holding the bag, and taxpayers will ultimately be the ones left footing the bill…..”