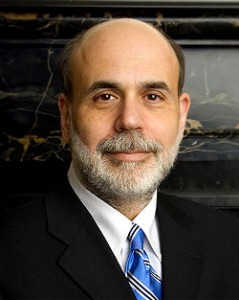 Will “Too Big to Fail” Taxpayer Bailouts of Reckless Big Banks Remain Policy?

Americans for Financial Reform called on Federal Reserve Chairman Ben Bernanke to explain how the Federal Reserve failed to recognize a looming $8 trillion housing bubble and allowed the issuance of unaffordable and toxic mortgages to continue, requiring a taxpayer bailout of major bank holding companies like Citigroup and Bank of America. Mr. Bernanke must answer questions about the failure of the current regulatory regime to protect the nation’s economy and citizens and avoid future meltdowns like the one that has devastated Main Street America, according to the leading coalition of financial reform advocates.

Americans for Financial Reform, comprised of over two hundred consumer, civil rights and labor organizations, has called for major changes, many of which are embodied in Senator Christopher Dodd’s proposed legislation. The coalition favors reform measures that would impose much-needed accountability and transparency on the existing, deeply inadequate financial regulatory system.  It urges Senators to raise at least the following questions when Chairman Bernanke testifies at today’s hearing:

While there are other important questions that we expect Senators to ask Chairman Bernanke, we believe these are the fundamental ones about the control, accountability and transparency of the Federal Reserve to which we and most Americans want and should expect clear answers.