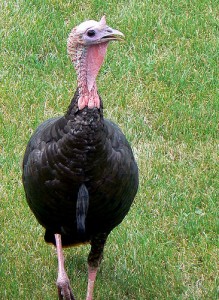 Dana Milbank of the Washington Post published this column today, pointing out how much the nation’s bankers have to be thankful for as they sit down for Thanksgiving turkeys tomorrow.  Here’s an excerpt:

At this time last year, the American financial system was near collapse, rescued only by hundreds of billions of taxpayer dollars. Now the system has stabilized, and the industry is on the verge of a coup that many would have thought impossible a year ago: an escape from any major reform of financial regulations.

Milbank lists the reasons the banks give as to why they should escape regulation.  Their ultimate reason?  Milbank explains (and we add emphasis):

“Don’t regulate us now because the economy is still suffering from the mess we made because we weren’t regulated the last time. Chutzpah, it appears, is recession-proof.”

Milbank’s column contrasts with a merrier take on the situation which appeared this week in the New Republic, “Could Wall Street Actually Lose in Congress?”  The New Republic seems to think they might.

No matter which take on the situation on Capitol Hill is closer to the mark, one thing is clear.  The fight with the banks is in full swing, and it won’t be an easy win despite the mess the banks have made.