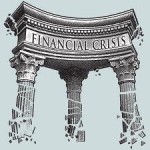 Five years after the start of the economic crisis, public opinion continues to solidly favor both strong regulation of banks and financial companies and the need for the Consumer Financial Protection Bureau, according to a national telephone survey of likely voters conducted this summer.

Financial regulation has been a divisive issue in Washington; by contrast, the electorate is strikingly united. Regulating financial services and products is seen as either “important” or “very important” by over 90 percent of voters, the survey found. For the most part, that attitude transcends differences of age, race, geography, and political party. While 96 percent of Democrats regard financial regulation as important, so do 95 percent of Independents and 89 percent of Republicans. [Question 3]

Eighty-three percent of voters – including 89 percent of Democrats, 82 percent of Independents, and 75 percent of Republicans – favor tougher regulation of “Wall Street financial companies,” when that conclusion is juxtaposed against an alternative statement that “their practices have changed enough that they don’t need further regulation.” When voters are simply asked to choose between more and less regulation of financial companies, 71 percent side with more, and 20 percent with less. Here, too, the sentiment crosses party lines, with Democrats favoring more regulation by a margin of 85 to 9 percent, Independents by 76 to 16 percent, and Republicans by 51 to 37 percent. [Questions 3x and 7]

Anger at Wall Street financial companies has moderated, with 51 percent of voters currently expressing an unfavorable opinion of such institutions. However, time has not eroded support for measures to restrain the excesses of the financial world. In fact, the survey’s 71 percent level of support for tougher regulation represents a significant increase over the 59 percent of voters who expressed that opinion in 2012. [Question 2-a]

When it comes to financial industry practices, voters readily accept the word “regulation.” An alternative survey question, substituting the softer term “oversight,” yielded a slightly narrower preference for more over less – 51-39 percent, rather than 71-21 percent. [Question 6.]

The idea of the Consumer Financial Protection Bureau commands extremely broad support. Sixty-four percent of voters see a need for an agency charged with protecting consumers against dangerous financial products. By contrast, only 26 percent agree with a counter-argument depicting the CFPB as an example of expensive, unneeded federal bureaucracy. On the other hand, 40 percent of voters say they have no opinion or have not heard of the agency – an unsurprising result, since the CFPB has been in business for only two years. [Questions 12 and 2-h]

The survey found widespread concern about abuses – and strong support for additional rules and regulations – involving specific financial products and services, including credit cards, student loans, debt collection and credit reporting. Among the product lines cited in the survey, voters pointed to payday loans and credit cards as two areas in particular need of regulatory action. Among all financial actors, payday lenders are viewed the most negatively. More than 70 percent of voters have an unfavorable opinion of payday lenders, including 57 percent with a “very unfavorable” opinion. [Question 2-d]

While concern about credit cards remains high, along with support for the new rules mandated by the Credit Card Act of 2009, many voters are still unaware of these changes. The best-known provision is one requiring credit card statements to include a cautionary message about how much more people will pay if they send in only the minimum amount required each month. Nearly half (49 percent) of voters say they have noticed this new requirement, and 93 percent support it; 76 percent support it strongly. [Questions 15-a and 16-a]

The survey of 1,004 likely voters was conducted between July 8-11, 2013, by Lake Research Partners on behalf of Americans for Financial Reform and the Center for Responsible Lending. It included a mix of big-picture and issue-specific questions. Voters were asked both about reform measures that have already been implemented, and about steps that have been proposed or may yet be considered.