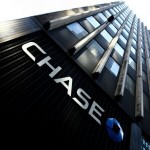 The findings of the Senate Subcommittee on Investigations, headed by Carl Levin of Michigan and John McCain of Arizona, should reinforce the will of legislators and regulators to reduce the complexity, excessive risk-taking, and overwhelming size of the biggest banks. At a time when too many in Washington are once again echoing the “What’s good for us is good for America” mantra of Wall Street lobbyists, the Senate’s “London whale” inquiry makes a compelling case for stronger and more effective financial regulation.

We applaud Chairman Levin, ranking member McCain, and their colleagues for this excellent report. While others on Capitol Hill have been trying to roll back derivatives regulation or repeal the Volcker rule, the Subcommittee has unearthed evidence of massive gambling, accounting manipulation, and cover-up which should shred any argument for retreat from Wall Street reform.

Thanks to the new report, we know beyond doubt that: