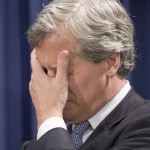 The news has been full of stories of JP Morgan’s unexpected losses on risky derivatives bets. Losses started at $2 billion just a week ago. But now they are clearly in excess of $3 billion, potentially $5 billion, and possibly even more.

These losses remind us one more time why we need to get the big Wall Street banks out of the business of gambling, and back into the business of making sustainable loans for businesses and homeowners. Take action now to let the Federal regulators know you expect them to end risky proprietary speculation by the biggest banks.

During the battle over the Dodd Frank financial reform in Congress, with your help we fought for and won a provision – called the Volcker rule – to end risky speculative trading for their own gain at the big Wall Street banks.  Regulators are right now at a key point deciding how to implement this important piece of the law.  But the big banks, led by JP Morgan Chase, have been fighting tooth and nail to delay and weaken it. Their throngs of lawyers and lobbyists are working hard to fill the Volcker Rule with loopholes so that banks can continue the same business practices that caused JP Morgan’s losses and that led us to the crisis.

That is why it is important that regulators hear from the rest of us too, especially right now. We have the chance to make sure that regulators act on the lessons of the financial crisis, and of JP Morgan’s multi billion dollars losses. The regulators need to keep the tough parts of their initial proposal and to get serious about removing the weaknesses and loopholes.

Please take a moment to urge the Federal Reserve and other regulators to write a strong Volcker Rule.