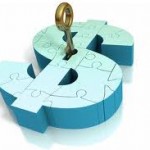 On Friday, July 15th join Americans for Financial Reform for a discussion of the controversy around heightened bank capital requirements in the Dodd-Frank Act and the new Basel III regulatory standards. Speakers will include Paul Pfleiderer of Stanford University’s Graduate School of Business, George French, the Deputy Director of Policy for the Federal Deposit Insurance Corporation, Doug Elliott of the Brookings Institution, Jane D’Arista of the Political Economy Research Institute at the University of Massachusetts, and others.

Uncontrolled bank borrowing was a major cause of the recent financial crisis. By 2008 the ten largest bank holding companies had over $40 in borrowed money for each dollar of secure capital. During the crisis banks were forced to unwind their highly leveraged positions rapidly, leading to declining asset values, frozen credit markets, and financial panic. In response to this experience, heightened capital standards for large banks are a centerpiece of both the Dodd-Frank reform efforts and the new Basel III standards.

Below you will find the PowerPoint presentations given at our July 15th conference: