Preventing the Next Financial Crisis and Bailout: “Too Big to Fail” Policy 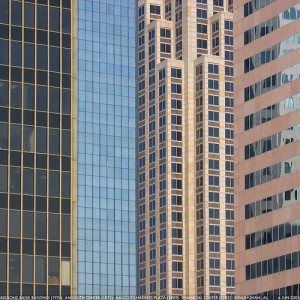 When a financial institution fails, only insured depositors should be rescued by the government.  Bailouts for other parties, such as shareholders and bond holders, are an unacceptable use of the public treasury to rescue private risk-takers, functioning as little more than wealth transfers from poor and middle-class taxpayers to wealthy investors and executives.

History demonstrates that governments face tremendous pressure to engage in illegitimate bailouts in the midst of financial crises.  For this reason, regulatory policy should not only forbid such bailouts and provide a means of resolving failed firms, but also minimize the likelihood of pressure to engage the bailouts.  This largely means separating risky activities from safe activities and preventing firms from becoming too large or interconnected.

Progressively Increasing Capital Requirements. One useful type of regulation would  discourage banks from getting too large.  The most obvious tool to restrict size is differential capital requirements, with higher requirements being applied to larger financial institutions.  The higher capital requirement reflects the greater risk that a large institution will both require public funds to protect uninsured creditors and that its failure can create a cascade of financial collapses.

There should be a series of breakpoints for higher capital requirements.  For example, banks with assets of more than $10 billion may face a somewhat higher requirement than banks with less than $10 billion, with assets of more than $50 billion leading to a further increase in capital and $100 billion being another break.  The point of this system is to impose a cost on size that is commensurate with the risk to taxpayers and the financial system.

Avoiding Implicit Guarantees. One concern with heightened regulatory requirements as firms grow larger or more interconnected is that regulators must avoid, as best possible, providing implicit guarantees to firms.  If regulators identify systemically significant institutions and impose special requirements on them but do not actually diminish their systemic importance, then these institutions will enjoy implicit guarantees of government support.

In the period since the collapse of the Lehman, the gap between the cost of funds for smaller banks and the cost for the largest institutions (those with more than $100 billion in assets) has increased dramatically, suggesting that financial markets may view these institutions as enjoying an implicit government guarantee.  Investors are willing to lend money to these large institutions at lower interest rates because they believe that the government will effectively guarantee their loans in the event the institution becomes insolvent.

This implicit guarantee from the government amounts to a subsidy from taxpayers to large banks at the expense of their smaller competitors.  It also insulates the large banks from market discipline, since investors need not be concerned about a bank’s financial health if they believe that the government will guarantee their debts if the bank becomes insolvent.  This creates a moral hazard problem in which large banks will have incentives to take excessive risk.  They stand to profit from the higher returns associated with more risky investments, whereas the government will bear the cost if the investments fail.  This is precisely the opposite of how “too big to fail” policy should function.

Size Limits. Absolute limits on size are another useful tool, with the larger institutions broken up into smaller ones that can be allowed to fail without jeopardizing the stability of the financial system.  Current law prohibits mergers that would allow any institution from having more than 10 percent of the deposits in the system.  This restriction was ignored in the financial crisis, as Bank of America was allowed to merge with other institutions that likely pushed it over this limit.  It is important that the current limit on size be enforced, and that it be strengthened.

Other size limits would be useful as well, such as limits on each institution’s size as a fraction of the overall financial market.

When the Gramm-Leach-Bliley Act was put forward to end this strict separation, even the proponents of the bill still claimed that they wanted to maintain the separation between commercial banking and investment banking.  However, in the changes that have followed in the wake of the crisis, it would be difficult to argue that any separation is being maintained.  For example, Goldman Sachs, which is now a financial holding company, has borrowed money with an FDIC guarantee and has open access to the Fed’s discount window, yet is still primarily an investment bank that has extensive (and highly risky) trading operations.

It is necessary to establish regulations that insulate commercial banking from investment banking and prevent the sort of conflicts of interest that can arise when these activities occur under one roof.  The only obvious way to ensure an effective separation is to go back to a Glass-Steagall type separation between commercial and investment banking.  It might be possible to maintain an effective separation through some other mechanism, but at the moment, it is clear that no such separation exists.

Objections Based on Foreign Competition Are Meritless. An often-raised objection both to imposing size restrictions and re-imposing a Glass-Steagall type separation between commercial and investment banking is that it will disadvantage U.S. banks relative to foreign competitors.  This is not a legitimate reason for failing to establish adequate regulation.

If foreign banks are subject to less effective prudential regulation, then the risks will lie with their host countries.  The taxpayers of those countries will suffer the consequences if these banks require a government bailout.  If the taxpayers of other countries are interested in carrying the financial risks associated with inadequate regulation, then we should let them carry this burden.  For example, Iceland’s taxpayers have incurred $4 billion in debt (the equivalent of more than $4 trillion in the United States) as a result of the fact that poor regulation allowed their banks to get a major foothold in Europe’s banking system.  When the banks collapsed, their liabilities got transferred to Iceland’s taxpayers.

The vast majority of employment in the U.S. financial system will inevitably be in the United States since much of the work involves tasks that are location-specific.  While there may be some number of back office and management jobs that may be located in a host country if foreign banks get a competitive advantage as a result of stronger regulation in the U.S., the absolute number of jobs is likely to be small.  There is no more reason to be concerned about buying financial services from foreign banks than buying any other product.