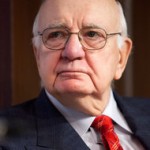 After years of consideration, the five agencies charged with implementing the Volcker Rule have reached agreement. This is an important step forward in financial reform. The final rule reflects hard work by champions of the rule within the regulatory agencies, the Administration, Congress, and the public-interest community.

Thanks to these collective efforts, regulators have resisted much of the heavy Wall Street pressure to weaken an earlier proposal. In fact, they seem to have strengthened the rule in several significant ways. But the final rule, like the proposed rule, takes a flexible approach to the control of speculative trading, leaving many of the specifics regarding permitted trades to be determined in the implementation process.

AFR and our member organizations have pushed for a strong Volcker Rule as a key part of the effort to refocus banks on service to customers and the real economy rather than on speculative trading and the exploitation of conflicts of interest. Prior to the financial crisis, Wall Street banks built up large proprietary positions in mortgage-related assets, which played a clear role in the 2008 financial collapse. Properly implemented, the Volcker rule should make the financial system safer by preventing such positions from accumulating again.

Today’s approval is only one step toward realizing the promise of the Volcker Rule. AFR has favored a more definitive separation between banking and speculative trading. In contrast, the final rule defines permitted activities using relatively broad and conceptual guidelines that leave bank supervisors with a great deal of discretion in determining just what kinds of trading will be permitted. In view of that choice, rigorous implementation supported by detailed public disclosure will be critical to ensuring that the ”permitted activities” of market-making, hedging, and underwriting do not become a safe harbor for speculative proprietary trading, and that conflicts of interest are ended and relationships with external funds are limited as the law directs.  We are also concerned that insufficient attention has been given to the statutory ban on “high risk assets” and “high risk trading strategies.” We urge the regulators to enforce these statutory limits on permitted activities.

The wide-ranging oversight regime outlined in the final rule is a strength, providing regulators with the tools they need to realize the goals of the Volcker Rule. The final rule properly reflects the fact that much of the proprietary speculative trading in banking organizations takes place under the rubric of nominally permitted activities such as underwriting, hedging and market making. The rule thus requires banks to carefully document their policies in permitted areas, and to measure and report their activities in order to ensure that trading remains within the guidelines laid out in the rule.

In the “London Whale” trades, supposed “hedges” were not aligned with any documented hedging policy or indeed any specific position in need of hedging, and risk metrics were manipulated and gamed to avoid management controls. That episode stands as a vivid illustration of the great need for such oversight in large banking organizations.  The hedging language in the final rule has been strengthened from the proposal, and should ensure that we do not see a repeat of the London Whale incident.

Pressure from Wall Street and its lobbyists to undermine the law will not end with finalizing the rule.  Public engagement was crucial in pushing the rulemaking process, and it will need to be sustained in the implementation process.  The Volcker rule cannot be allowed to disappear into a private conversation between Wall Street and its supervisors. Regulators must provide the public with transparency regarding the application of the rule. For example, detailed data on bank trading activity should be released, along the lines of the public “audit trail” suggested at a recent AFR conference.