Americans for Financial Reform is very concerned about the introduction of the ISA Student Protection Act by Senators Mark Warner (D-VA), Todd Young (R-IN), Chris Coons (D-DE) and Marco Rubio (R-FL), a bill that aims to fuel the growth of the Income-Share Agreement (ISA) market.

Through an Income-Share Agreement a student borrows a set amount of money for school, and in exchange an investor gets a percentage of the student’s future income for a predetermined number of years. The press has rightly drawn comparisons  of this arrangement to indentured servitude, because the investor/lender typically owns a chunk of the borrower’s future income for years — perhaps even decades. Consumer and student advocates have also drawn comparisons between ISAs and predatory payday loans.

“Income-share agreements are nothing more than student debt with a fancy name,” said Alexis Goldstein, Senior Policy Analyst at Americans for Financial Reform. “Financial investors hungry for yield are using ISAs to put student debt in an elaborate and confusing package, while forcing students to waive key rights and seeking to withhold the already too limited consumer protections federal student loans provide.”

Investors and businesses are drawn to ISAs because they are looking for a return on their investment — and ISAs are designed to deliver a profit to their investors.  One university to offer Income-Share Agreements is Purdue. While they claim their ISA is “not a loan,” an analysis by the National Consumer Law Center of the data provided on Purdue’s ISA website showed that for an Elementary Education Major, the school would generate $7,573.32 in profit off an ISA for $12,000 after nine years and eight months — an APR of 10.237%.

Unlike federal student loans that have standardized terms and convey certain rights and benefits to borrowers, students with ISAs pay what is a black box algorithm left entirely up to the private companies and investors. Most federal student loan programs offer loan cancellation after 20 or 25 years, even if there is still a loan balance. By locking in payments as a percentage of a borrower’s income, borrowers could easily pay investors well more than they would with a federal student loan.

Worse still, many of the ISAs out there today, such as those at Purdue and coding bootcamp Rithm School include predispute arbitration clauses. If there’s any dispute between the ISA lender and the borrower, the borrower cannot fight them in court, but must instead try and resolve the dispute through arbitration — a process so tilted in the financial industry’s favor that the average consumer ends up being ordered to pay her bank or lender $7,725.

We also have a number of specific concerns with this bill. It preempts existing state usury laws, and any future usury laws that do not specifically target ISAs. Instead of ensuring there are no prepayment penalties, it specifically allows for prepayment penalties by saying that ISA prepayment amounts are not penalties for purposes of state and federal laws. And the bill places strict limits on the CFPB’s rulemaking authority when it comes to ISAs, effectively tying the hands of the agency tasked with protecting consumers from predatory financial products.

There’s nothing free about promising a private company your future. The solution to the student debt crisis cannot be yet another form of debt with a snazzy name and none of the protections of federal student loans. It must instead be policy action at the federal level to alleviate existing debt that holds back the economy, create truly debt- and tuition-free public higher education, along with policies that address pressing problems with college affordability by creating well-designed accountability policies, like the PROTECT Students Act. 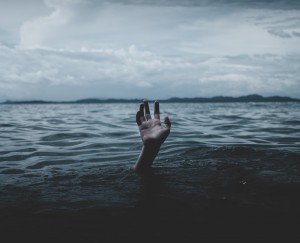