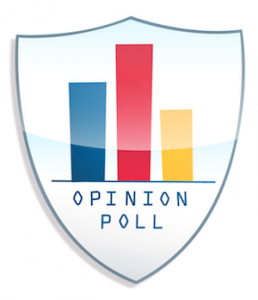 RSVP to carter@ourfinancialsecurity.org for teleconference on poll (details below) at 11am today.

WASHINGTON, D.C. — Voters overwhelmingly favor regulation of Wall Street and strongly support the work of the work of the Consumer Financial Protection Bureau (CFPB), according to a poll released today by Americans for Financial Reform (AFR) and the Center for Responsible Lending (CRL).

The poll, conducted by the bipartisan partners Lake Research Partners and Chesapeake Beach Consulting last month, also revealed that more than 70 percent of likely voters believe that Wall Street holds too much influence in Washington under the Trump administration.

“The American public, across lines of party, want Congress and the administration to protect the progress made in Dodd-Frank, and do more — not less — so the financial system works to the benefit of ordinary Americans.” said Lisa Donner, executive director of AFR. “But with Wall Street and predatory lenders pumping literally billions into lobbying and campaign contributions, we are facing constant attempts to roll back the changes achieved so far.”

“The poll makes clear that consumers want transparency and accountability on Wall Street and they want the CFPB’s work to continue without interference,” said Mike Calhoun, President of CRL. “The CFPB has been a champion for working families, providing nearly $12 billion in relief to consumers who were cheated by financial companies. We need to build on CFPB’s success, not block its progress in protecting consumers from abusive financial practices.”

The 5 years of surveys conducted by AFR and CRL document that voters steadfastly back tough Wall Street reforms, and these opinions persist nearly a decade after the start of the financial crisis:

TODAY — AFR and CRL will host a press teleconference on the poll:

*** Information below is for members of the press interested in participating in the teleconference. Please RSVP to carter@ourfinancialsecurity.org ***