Forward March: A Better-than-Expected Year in the Fight for Financial Reform 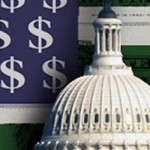 Expectations started out low, the Roosevelt Institute’s Mike Konczal writes in the New Republic. “[N]obody thought that banks would face tougher holding requirements for capital, that regulations of the financial derivatives markets would advance, or that the final Volcker [Rule] would be a pretty good start instead of an incoherent mess. Yet that is what appears to have happened in 2013.”

JPMorgan Chase’s “London Whale” debacle was one big reason, in Konczal’s judgment. “JPMorgan had been leading the charge against reform, arguing that the effort was over-harsh and destructive, and that Wall Street had already cleaned up its act on its own,” he notes. “Indeed, the big concern in 2012 was that Wall Street would convince enough moderate Democrats that Dodd-Frank had gone too far,” and “Congress would stop regulatory action before it was even completed. This fell apart right alongside the multi-billion dollar losses in JPMorgan’s position.”

Another factor cited by Konczal: the persistent efforts of outside advocacy groups. “Though small compared to Wall Street and the right, groups like Americans for Financial Reform and Better Markets show up extensively in the comments on the Volcker Rule,” he points out. “In the final rule, there are hundreds of references to the detailed comment letter the Occupy the SEC group sent. These groups didn’t exist before the crisis, and their existence is a major piece of what makes solid final rules happen.”

“This is in no way to sugar coat the problems that still exist,” Konczal adds. “The battle will go to the courts next year—courts that need liberal judges appointed immediately to balance their conservative bent. (Thanks to the end of the filibuster for judicial nominees, this is an achievable goal.) Personnel is key to policy, and everyone needs to be very concerned about the next wave of appointees. And the next Federal Reserve chair Janet Yellen will have a huge influence over how well these rules are actually enforced.”