Cross-Border Enforcement – Progress, and Room for Improvement, on a Crucial Piece of Financial Reform 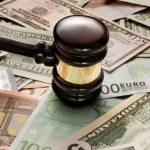 The Commodity Futures Trading Commission has made progress on one of the most contentious of its Dodd-Frank mandates: to insist that its new derivatives rules cover trades that are nominally conducted overseas but involve affiliates of U.S. companies and have the potential to damage our financial system and economy. Unfortunately, there is still work to be done.

We are pleased that the CFTC released a final quidance on the extra-territorial application of CFTC derivatives rules. This finalized guidance implements a principle vital to financial reform: transactions by nominally foreign subsidiaries supported by a U.S. parent, and by foreign entities that are major dealers in U.S. markets, can pose significant risks to the U.S. economy and must fall under U.S. financial regulations. In today’s global financial markets, risk is not bounded by geographic borders but instead flows to whatever entity is ultimately liable for a transaction.

Commissioners Chilton, Gensler, and Wetjen all issued statements today underlining this principle. The finalized guidance leaves no doubt that the Commission intends to exercise its clear Dodd-Frank jurisdiction over many cross-border transactions. Indeed, in a few areas, such as the treatment of foreign-registered U.S. hedge funds and the cross-border application of clearing requirements, the finalized agreement appears stronger than previous proposals. The Commission has succeeded in finalizing this guidance against strong industry pressure.

However, it remains very much an open question whether the Commission’s actions will go far enough to close the potential cross-border loophole in derivatives regulation. While a full assessment must wait for review of the final guidance, several areas of serious weakness remain.

First, the Commission’s rules still rely excessively on ‘substituted compliance’, or deference to the rules of foreign jurisdictions where such rules are found to be comparable. The heavy reliance on substituted compliance means that the entire U.S. derivatives framework could be unraveled if the Commission eventually permits inadequate foreign regulations to substitute for U.S. regulation. The Commission’s procedure for determining comparability of foreign rules appears to have been somewhat weakened from the original proposal.  The Commission’s choice to defer any application of cross-border rules for six major foreign jurisdictions until December pending determination of comparability is also quite disturbing. Several of these jurisdictions are not near completion of their rules and could not possibly be ‘comparable’ to U.S. rules by December. We hope that this additional delay in implementation does not signal a willingness to countenance indefinite delay or rubber-stamp a weak comparability standard.

Today’s guidance is just one step in securing meaningful derivatives regulation that applies across international borders. Effective implementation and enforcement of the guidance will be crucial, especially given continued delays and regulatory gaps and what is likely to be continuing intense industry pressure. The CFTC must not grant further delays for activities in key foreign jurisdictions past the December deadline. It must also maintain a strong and rigorous comparability policy, and revisit weaknesses in this rule that threaten the core principle that nominally foreign transactions with a significant relationship to the US economy must be subject to US regulatory authority.