Back to Basics: Remaking the Financial Sector To Work for Main Street – July 18 Forum 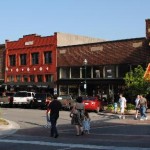 Five years after the 2008 crisis, the financial world remains dominated by a half dozen megabanks which continue to engage in speculative activities for their own enrichment, even as they enjoy the benefits of deposit insurance and other forms of explicit and implicit government support.

The five biggest banks, which together account for more than half the industry’s assets, were all deeply involved in the activities that led to the crisis, causing economic damage that could eventually exceed $13 trillion in the U.S. alone, according to the General Accounting Office. Since their taxpayer-funded bailout, these megabanks have surged back to record-breaking profitability. Meanwhile, millions of Americans remain unemployed or underemployed, while a quarter of homeowners with a mortgage are underwater and traditional bank credit is still hard to get for many families and small businesses.

Senator Brown emphasized the growing concentration of the banking industry, and the contributions of public policy to that trend. “Twenty years ago, the six largest banks had combined assets of 18% of GDP,” he pointed out. “Today that number exceeds 60%. Megabanks can borrow for 60 to 90 points less than everyone else. That translates into an $80-85 billion subsidy every year.”

The industry’s consolidation into a galaxy of giant institutions widely perceived as Too Big to Fail is a problem for small businesses, because as long as the megabanks see easy money to be made in derivatives trading and financial engineering, plain-vanilla business loans will not attract them. “What happens when you say to the financial sector: anything at all you can cook up that makes you money, we will put a life preserver behind that?” asked AFR’s Marcus Stanley.  The big banks gravitate to risky speculative activities that “don’t secure simplicity, safety, or usefulness for end users like small businesses or homeowners.”

Geetha Jayaraman spoke for the many Mom-and-Pop businesses that feel they have been given the cold shoulder by the big banks. “Wells Fargo told me I should be borrowing from friends and family,” Jayaraman said. “The SBA [Small Business Administration] told me I should look into crowd-funding. When even the SBA is suggesting crowd-funding, it’s evident the financial system isn’t working for small business.”

Deborah Field shared a similar story. “As we struggled to get back on our feet after the recession, instead of working with us, our bank froze our credit line and raised our interest rate, all without much notice. The banks were essentially taking bail out money with one hand and pushing us away with the other,” she said.

Much of the discussion revolved around proposals to restrain the scale and scope of the biggest financial institutions, and to refocus banks on the business of lending, Including increased capital / reduced leverage requirements and reinstating the separation between commercial and invesmtment banking.

“The structure of our financial system has a tremendous effect on the strength and stability of the broader economy and its participants,” the FDIC’s Thomas Hoenig said. “I have called for reforming that structure by pulling back the government support the largest financial conglomerates receive in order to have a more stable, more innovative, more competitive financial industry that supports businesses of all sizes.”

“We learned in the 1930s that we do need some guarantees,” Simon Johnson said, alluding to the original Glass-Steagall act, which created the institution of deposit insurance in addition to its leverage and capital rules and other safeguards. “But when you have those guarantees, people are going to play games, and they’re going to try to stick risky loans in an insured bank. Bringing back a modernized version of Glass-Steagall would contribute in a significant way to splitting the financial system into a safe part and a relatively dangerous part where banks can do well, or go out of business.” Senators Elizabeth Warren (D-Mass.), John McCain (R-Ariz.), Maria Cantwell (D-Wash.), and Angus King (I-Maine) have recently introduced the 21st Century Glass-Steagall bill which would do just that, creating an updated version of the wall that existed for much of the 20th century between commercial banking and investment banking.

Marcus Stanley praised that legislation as a step toward a more responsible financial sector. “As Wall Street’s share of the economy has grown, economic instability has increased and the real economy has suffered,” he said. “Thanks to deregulation, we’ve expanded the public safety net to far too many financial institutions and activities, including many that don’t benefit Main Street and even harm the broader economy.”

A number of speakers discussed the systemic-safety advantages of higher capital (and lower leverage), in line with a bill recently introduced by Senator Brown and his Louisiana Republican colleague David Vitter. “We want a well-capitalized financial system,” Johnson said. “We need to have capital requirements for everyone who is in the business of banking. But there should be additional requirements for larger institutions because these large banks are more dangerous and more likely to play games.”

“Wall Street banks have become too large, while their capital requirements are too small,” Brown said when the bill was introduced. “And both these institutions and their rules are so complex that no one—not their executives, nor their shareholders, nor their regulators—truly understand their financial health. It is essential that banks fund themselves with more pure equity, so that taxpayer dollars are not on the line, and capital rules should be simple enough that banks of all sizes can understand them.”