Cost of the Crisis: Taking Stock on the Fourth Anniversary of the Financial Meltdown 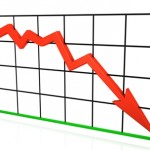 Cost of the Crisis

The financial crisis of 2007-09 caused deep and lasting harm. Millions of Americans lost jobs or homes; many more millions suffered sharp declines in property values, retirement savings, income, household wealth, and over-all prosperity. Not since the Great Depression has the United States or the world experienced such a dramatic erosion of wealth.

The crisis triggered the nation’s longest recession since World War Two, from which the economy is recovering at a painfully slow pace – a pattern in line with past financial meltdowns both here and around the world. Even today, unemployment remains close to 8 percent, up from a pre-crisis rate of 5 percent, representing a net increase of more than five million people. Meanwhile, the average duration of unemployment has more than doubled, from 16.4 weeks at the end of 2007 to 38 weeks, according to the Bureau of Labor Statistics.

While there is no way to put a dollar figure on all the costs, this document reviews the dimensions where such an exercise is meaningful.

DISPROPORTIONATE IMPACT ON COMMUNITIES OF COLOR