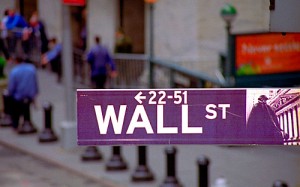 Heather Booth, Director, Americans for Financial Reform: “This bill represents meaningful progress from the depths of our financial crisis – reforms that were unthinkable three years ago. The forces of the big banks were all aligned against Americans yet Main Street was able to win important battles.

“We see landmark legislation when it comes to consumer protection, offering all of us an independent watchdog on our side. For the first time the $600 trillion derivatives market will be transparent and have to maintain capital to back up its bets – a move that was once inconceivable. The adoption of the Volcker Rule represents a major change of direction, stopping banks from using insured deposits to support speculative activity.  We see big steps in the right directions when it comes to hedge funds and private equity, as well as improvements for investors to have a voice.

“Americans for Financial Reform calls for members of Congress to support this bill and move to final passage immediately. This is a big step forward, and a first step towards the further changes we need to make sure wall street serves main street and not vice versa.”