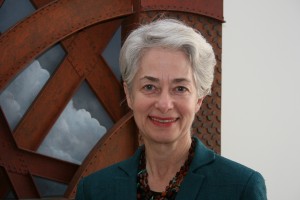 AFR Director Heather Booth has a new column on the Huffinton Post exposing Frank Luntz’s lies about financial reform.  Here’s an excerpt from her post:

Seen this ad from the “Committee for Truth in Politics”? If the name weren’t comical enough, the visuals are. But that doesn’t mean we shouldn’t take the message seriously. The claim that financial regulatory reform is a $4 trillion bank bailout doesn’t really resemble any truth, as Factcheck.org explains. Yet we know this is just the beginning of what we’ll see and hear as the weeks roll on for the push for real financial regulatory reform. And where did these conservatives get the idea to say black is white and up is down? Frank Luntz.

Frank Luntz, pollster to the right wing and Wall Street agenda, has written a 17-page memo on how to talk about financial reform in order to destroy it. This is the same Luntz whose health insurance reform talking points – on how to best stir up fear and confusion in the American people to derail reform and protect insurance industry profits – showed up across conservative websites and in the mouths of lawmakers. So it shouldn’t be surprising that he’s at it again. After all, his client list is a who’s who of the corporate interests who helped to create the crisis, including Merrill Lynch and Bear Sterns.

When the Frank Luntz Memo wasn’t making me laugh with its absurdity, I was outraged that he uses 1984 George Orwellian advice to call good, bad; to say the solution is the problem. It’s this kind of thinking that inspired belief in the “death panels” that were a fabrication in the health care debate. And it is dangerous because he may have enough money to promote it again and again — so that it may sound real.