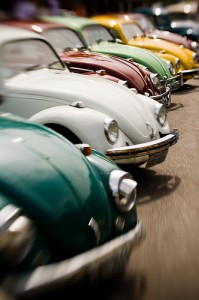 NPR’s Morning Edition ran this story about the exemption for auto dealers in the Consumer Financial Protection Agency (CFPA). AFR opposes this exemption, and belives auto dealers should be overseen by the CFPA.

(The CFPA would be created by H.R. 4173, the Wall Street Reform and Consumer Protection Act of 2009.  The House is scheduled to vote on this bill today.)

Here’s an excerpt from NPR:

A financial overhaul bill that lands on the House floor Wednesday would regulate everything from complex derivatives to home mortgages. Consumer groups generally support the bill, but one thing they’re anxious to change is an exemption won by auto dealers from being regulated by a proposed Consumer Financial Protection Agency.

Auto dealers won the exemption in an amendment proposed by California Republican John Campbell, himself a former auto dealer…

“What the exemption would do is it would protect auto dealers on the back of middle-income borrowers,” he says. “It is a curiously regressive way of providing a bit of corporate welfare to a favored political interest.”

That political interest is very powerful: Auto dealers spent almost $10 million on lobbying over the last year and gave $3.5 million to current members of the House during the last campaign.