Draft Legislative Language On Derivatives Is Not Enough;

All Transaction Need to Be Transparent 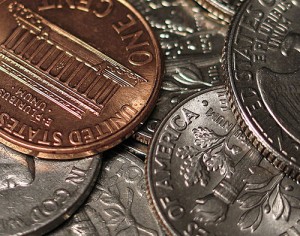 Heather Booth, Director, Americans for Financial Reform: Unregulated derivatives trading was a major cause of the economic crisis and loss of homes, jobs and retirement savings. Now the big banks want us to look the other way and let Wall Street continue these practices. We cannot continue to have an unguarded henhouse, or hardly better, the fox guard the henhouse. We need Congress to step up and pass new rules that bring all these transactions into the open.

The unsupervised and unregulated credit default swaps which required a multibillion-dollar taxpayer intervention in AIG are just one example of the role that derivatives have played in the financial crisis. Over the past two years, unbridled and unregulated speculation in over-the-counter derivatives has devastated businesses, workers, homeowners, and taxpayers by:

-Imposing systemic risk by institutions which were too interconnected to fail;

-Driving extreme volatility in oil and grain prices; and

Overhaul of the regulations governing the trading of derivatives is critical to our economic recovery and the construction of a sustainable financial system.

Frank does not meet these standards. We recognize that this is a discussion draft and we look forward to discussing with the Chairman the core policy components of exchange trading, capital adequacy, anti-manipulation and anti-fraud. Further, it is imperative that the bill does not resolve pending derivatives litigation in favor of financial institutions.

The members of AFR look forward to a constructive dialogue with Congress in order to achieve real reform of the opaque, highly leveraged transactions that exposed our economy to systemic ruin, our citizens to the loss of jobs and homes; and burdened taxpayers with the unfair and unsustainable role of backer of last resort.