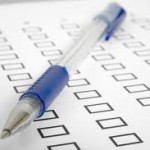 WASHINGTON, D.C. – July 18, 2012 — Financial reforms enacted in response to the financial meltdown remain popular with Americans likely to vote in 2012, a new opinion poll by Lake Research Partners shows. The poll was commissioned by AARP, the Center for Responsible Lending (CRL), Americans for Financial Reform (AFR) and the National Council of La Raza (NCLR). Saturday (July 21, 2012) marks the two-year anniversary of the Dodd Frank Act, which created the Consumer Financial Protection Bureau (CFPB).

Key survey findings include the following:

“This poll shows that American voters broadly and strongly support both Wall Street reform and the CFPB,” said pollster David Mermin, partner, Lake Research Partners. “And they strongly favor specific components of the CFPB. After hearing arguments in support and in opposition, voters across party lines solidly favor the reform law.”

Cristina Martin-Firvida, director, Financial Security and Consumer Affairs, AARP, said: “Before this law was enacted, too many older Americans lost their savings due to the failure of an outdated and compromised financial regulatory system. Two years later, this survey clearly demonstrates that the 50 plus population wants the protections afforded by the Dodd-Frank Wall Street Reform and Consumer Protection Act to be implemented and enforced, and that more accountability will be required to adequately protect their hard earned financial assets.”

Lisa Donner, executive director, Americans for Financial Reform, said:  “The message for Congress is unmistakable:  Voters across the board are intensely supportive of stronger consumer protections. Strong majorities of voters across party lines say we need tougher rules for Wall Street and they do not want Congress to override a state’s ability to enforce stronger consumer protections at the state level.”

Gary Kalman, director, Federal Policy, Center for Responsible Lending, said: “Bipartisan support among voters should be no surprise: Who hasn’t been hurt by the economic downturn?  People get that common sense oversight could have prevented it.”

Jose A. Garcia, policy fellow, Wealth-Building Policy Project, National Council of La Raza, said:  “Latino voters, regardless of party affiliation,  overwhelmingly support consumer protections as a means to ending decades of costly and deceptive credit that has disproportionally affected Latino families and the economic security of the Latino community.”

The AARP-AFR-CRL-NCLR survey, which was conducted by Lake Research Partners from July 5-10, 2012, included 803 likely voters, with oversamples of 103 African Americans and 101 Latinos. The sample was drawn randomly from a file of likely November 2012 voters. The data were weighted by age, race, education level and party identification to reflect the likely 2012 electorate. The margin of error for the full sample is plus or minus 3.5 percent.

AARP is a nonprofit, nonpartisan organization with a membership that helps people 50+ have independence, choice and control in ways that are beneficial and affordable to them and society as a whole.  Go to http://www.aarp.org on the Web.

Americans for Financial Reform is a coalition of more than 250 national, state, and local groups who have come together to advocate for reform of the financial sector. Members of AFR include consumer, civil rights, labor, retiree, investor, community, faith based, and business groups along with prominent economists and other experts. Visit http://www.ourfinancialsecurity.org on the Web.

The Center for Responsible Lending is a nonprofit, nonpartisan research and policy organization dedicated to protecting homeownership and family wealth by working to eliminate abusive financial practices. CRL is affiliated with Self-Help, one of the nation’s largest community development financial institutions.

The National Council of La Raza — the largest national Hispanic civil rights and advocacy organization in the United States — works to improve opportunities for Latinos.  For more information on NCLR, please visit http://www.nclr.org or follow us on Facebook and Twitter.

EDITOR’S NOTE:  A streaming audio replay of the news event will be available as of 3 p.m. EDT on July 18, 2012 at http://www.ourfinancialsecurity.org.