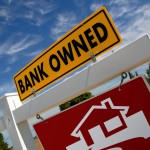 On Oct. 31, the Senate voted to filibuster the nomination of Representative Mel Watt as Director of the Federal Housing Finance Agency. This was an appalling vote on several levels.

In the first place, the 46 Senators who said No to cloture were using a procedural ploy to duck their responsibility to consider and take an open stand on a question of consequence. It was also the first time since before the Civil War that the Senate had blocked the nomination of a sitting member of Congress.

A few Senators claimed to have doubts about Representative Watt’s ability to do a job for which he is obviously well qualified – unless what they consider disqualifying is his record of standing up early for an end to the abusive and predatory lending practices that led to the housing bubble and the financial crisis. Last and most important, the 46 Senators have left this influential agency – the overseer of Fannie Mae and Freddie Mac – in the grip of leadership that has repeatedly subverted efforts to help endangered homeowners and stabilize the housing market. This fight is not over.

The Case for Mel Watt (USNews.com)