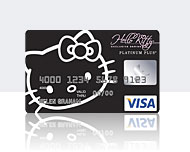 The Center for Responsible Lending warned consumers this Black Friday to watch out for overdraft loans.  Every day, consumers lose $65 in overdraft fees to banks.  As CRL explains:

At $24 billion per year in fees, unfair overdraft practices transfer funds from the accounts of hardworking Americans into the coffers of their banks and credit unions at the rate of $65 million every single day.

This means our nation’s financial institutions will collect some $1.8 billion during the 28-day holiday shopping season, through practices such as charging $34 for an average $17 debit card overdraft and manipulating the order in which they subtract debits from their customers’ accounts.

With the average turkey dinner priced at $43 this year, the money lost to overdraft fees could pay for 1.5 million turkey dinners — per day.

There is hope for reform though, and Congress is hotly debating this issue now.  You can tell Congress to regulate overdraft loans here or here.